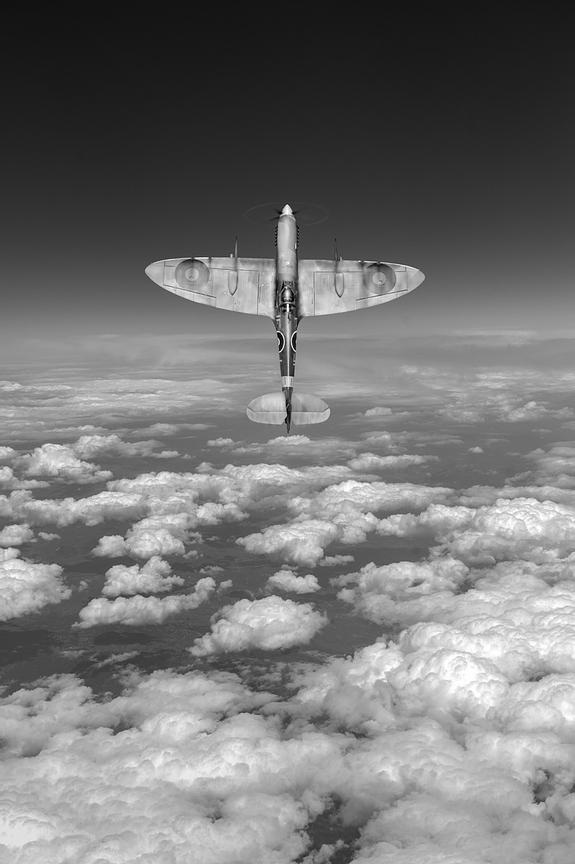 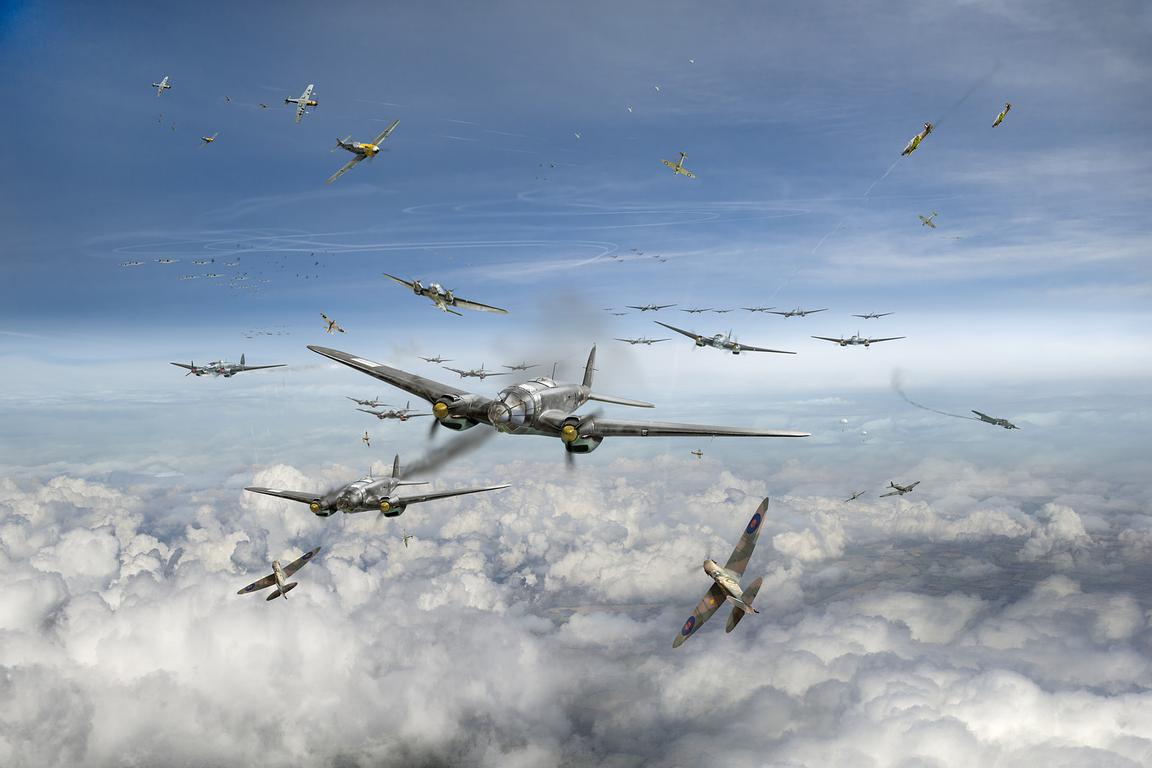 15 September 1940 was a turning point in the Second World War. This was the day on which Hitler was left in no doubt that his Luftwaffe not only had failed to achieve the decisive air superiority over the Royal Air Force that he needed to mount a cross-Channel invasion of Britain - but was coming off worst in the conflict.

This picture was commissioned for the RAF's Battle of Britain Memorial Flight Club Yearbook 2015 as part of a series of articles marking the 75th anniversary of the battle. I wrote more about it in this blog post.

On the 15th the Luftwaffe mounted two major attacks on southern England. In the morning, a relatively small force of bombers with much greater fighter support came over to test the defences. This was followed a few hours later by a much bigger operation, involving some 114 bombers, in three main columns, escorted by several hundred fighters.

In the picture, Heinkel He 111s of KG 53, in the central column, cross Kent heading for London. RAF Fighter Command begins responding: Spitfires from No 66 Squadron make a head-on attack from below, led by Squadron Leader Rupert Leigh in Spitfire R6800 LZ-N. Hurricanes from No 1 (RCAF) Squadron swoop from above. They are being challenged by Messerschmitt Bf109 fighters from JG 3.

The foreground Heinkel He 111 is an H-2 of 3/KG 53, coded A1+EL. It will end up crash landing on a farm in Orsett, Essex, with one dead and three wounded. ..Below it, going into a dive, another 3/KG53 H-2, A1+GL, will be shot to pieces by up to a dozen Spitfires. Two of its crew died and two were wounded when it crashed on farmland at Sandhurst Cross.

Above are some of the experienced pilots of Jagdschwader 3 'Udet' in their yellow-nosed Messerschmitt Bf109 escort fighters, including Hptm. Hans von Hahn, recently appointed Gruppenkommandeur of I./JG 3. Already an ace, he will account for another Spitfire this afternoon.
Flying another E-4 from Stab I./JG 3, Ltn. Detlev Rohwer is attacking No 1 (RCAF) pilot Arthur Yuile and damaging his Hawker Hurricane. Wounded, Yuile makes it back to RAF Northolt. 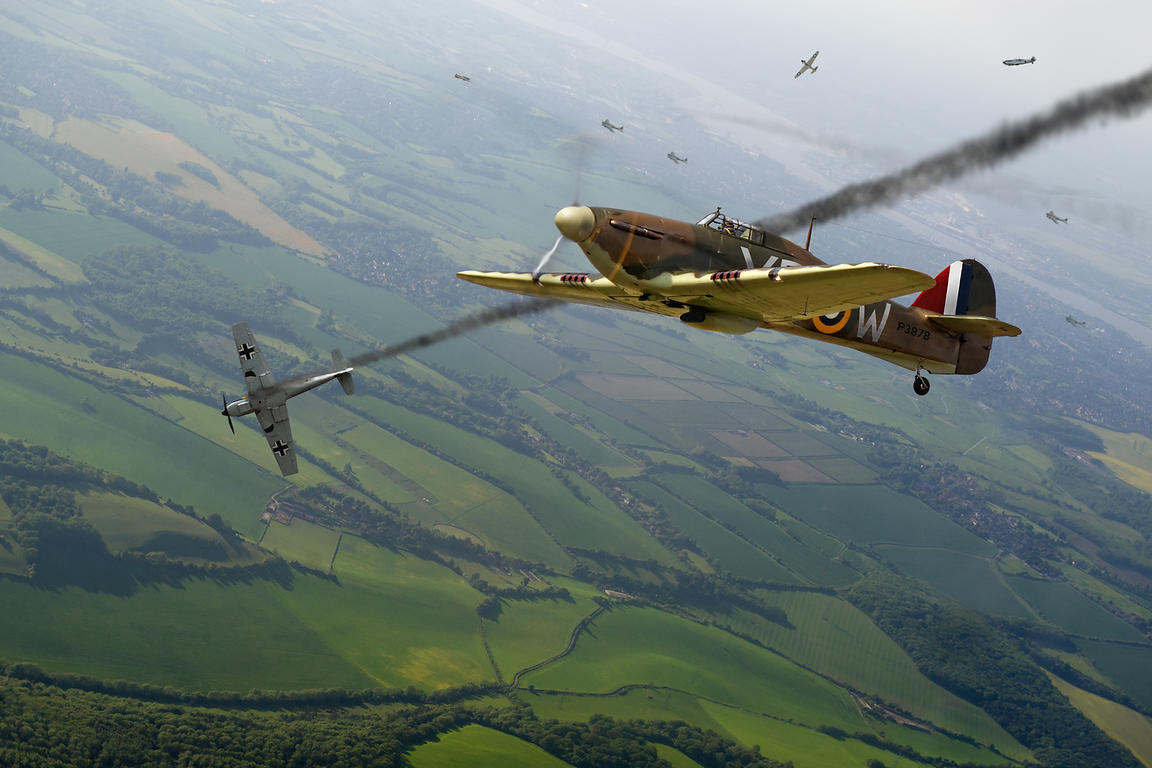